Upcoming Webinar: Self-Sovereign Identity as the Next Advancement

Know Your Enemy: 7 Hackers and Their Motivations

Home / News / Know Your Enemy: 7 Hackers and Their Motivations

Upcoming Webinar: Self-Sovereign Identity as the Next Advancement

The Amazon Brushing Scam: What You Need to Know

Get to Know the Social Engineering Scams Threatening Your Data

When it comes to protecting your organisation’s data, hackers seem like public enemy number one. It’s time to get to know your enemy a little better.

Whilst it’s not new information, a field guide to hackers and what motivates them is still useful to organisations seeking to protect their data. That’s because, to protect against your enemy, you must first know them. So who are the hackers behind the screens?

Often bored teens, hacking alone, don’t put much time or thought into gaining computer knowledge on their own and instead exploit existing code. 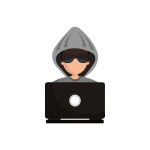 Thrill seekers, these budding criminals mostly hack for fun, recognition, and bragging rights. But that doesn’t mean they can’t pose a serious threat.

A loose collection of script kiddies who wield more power as a collective than as individuals and can seriously disrupt business. 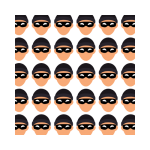 While disregarded by some for the same reasons as script kiddies, these hackers, working together, glean confidence from their status as a collective and have the potential to wreak a great deal more havoc, often leveraging the combined range of skills within their group to be more effective.

Collectives of savvy, politically motivated, and often exceptionally skilled hackers. They’re fighting a war and cyber security is their weapon of choice. 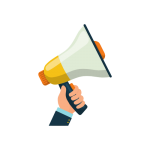 Grounded in hacker culture and ethics, hacktivist goals are often inspired by a passionate commitment to free speech, human rights, or freedom of information.

These are highly experienced hackers who do this work for living, bringing decades of extensive computer knowledge to the table. They generally neither destroy nor seek publicity but figure out new ways to infiltrate impenetrable targets, developing avenues of attacks that often prove costly for both governments and businesses. 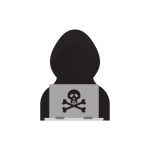 A broad range of incentives and goals attract hackers at this elite level, including money, revenge, public attention, bragging rights, access to valuable data, and even mere amusement.

Led by seasoned professional criminals, these serious and very talented hackers function within a sophisticated structure, guided by strict rules to ensure their crimes go undetected by law enforcement. It’s like The Mafia, only with computers. In fact, a large number of black hat hackers are affiliated with organised crime. 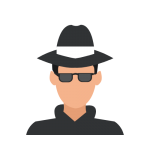 Forget the image of a 17-year-old hacker, working alone in his parents’ basement; instead, picture sophisticated and organised cybercriminals who choose this way of life as a profession. They’re driven by the immense amounts of money they can make at this level, and how much “easier” cybercrime is relative to more traditional criminal activity.

This is organised cybercrime at the international level, using cyber security as military, political, and economic weapons. 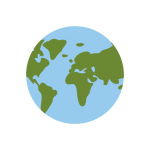 Nation-states are more interested in political and economic espionage stealing state secrets, intellectual property, and the personal information of government employees – than simply making money. A recent example was the hack of the U.S. Office of Personnel Management, which put at risk the personal information of up to 14 million current and former federal employees.

A more seasoned criminal who sells automated pieces of software that act like weapons, mostly to nation states or organised crime rings, but really to anyone who can afford them. 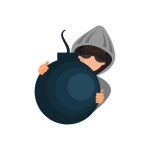 Looking to secure  your organisation against threats? Get in touch with our team as a starting point.

Share this news
A few people we've already done it for