Future Decoded 2018: AI, Diversity and Where We’re Headed Next

Two overriding themes struck me about Future Decoded 2018: the prominence and importance of artificial intelligence (AI), and Microsoft’s renewed focus on diversity.

Where AI Can Go Next

The opening keynote had Microsoft UK boss Cindy Rose talking about the advances of AI, noting key achievements that have already been and gone: computers’ parity with human translation, and machine’s natural language understanding that exceeds that of humans. I look forward to Siri (sorry Microsoft, I mean Cortana!) recognising some of those more obscure musicians when I’m hands free in the car in future!

Although the focus of Rose’s keynote was understandably on Microsoft, there are AI achievements from other quarters that have recently helped to re-shape the landscape. These include a computer who can outsmart the world’s best poker players, a machine that has identified an eight-planet solar system three thousand lightyears away, and several that have taught themselves to program. There’s real, tangible widespread progress happening in AI.

Back to the conference, a fascinating example of AI in action was that of ‘sentiment analysis’, where AI can be used to analyse the works of Shakespeare.  Although I’m not sure the great bard himself would approve, it’s still an intriguing prospect that opens up plenty of debate: not just because the software confirmed that Romeo suffered from extremes of emotional volatility rather than Juliet; that’s not what I learned in school!

Clearly AI isn’t yet perfected, though, with Hamlet proving to be more of a challenge: perhaps because of its nuance, the AI concluded that Hamlet is, in fact, a happy story.  Great scholars: you’re not redundant yet.

In an effort to keep things positive, Rose’s keynote also skimmed over some of the more recent examples of AI getting it wrong that I’ve found fascinating: COMPAS in the US is an algorithm to determine the likelihood of a criminal re-offending, but it’s proved itself to be racially biased, determining that black offenders are more likely to reoffend than they actually are. Meanwhile, Amazon recently apparently abandoned plans to have AI determine top performers from a bunch of incoming CVs by automatically preferring men over women! 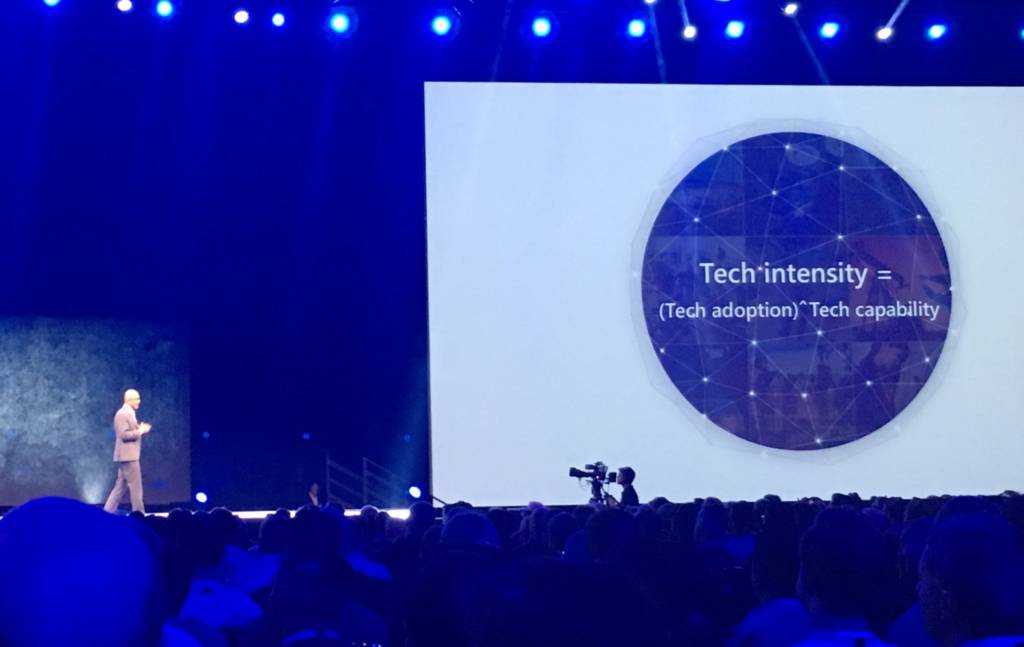 Rose also shed some light on the reason behind AI’s pervasiveness: primarily, we can pinpoint the sheer amount of data that’s now created daily – some 2.5 quintillion bytes – as a contributing factor.

This huge amount of information represents more than we can possibly make sense of, but is also the ‘fuel’ for AI to analyse. This approach can be flawed though: in the previous Amazon example, we all know that the tech industry is dominated by men, so when 10 years’ of CVs were fed into the system, logically the majority of these were from male candidates. The machine learning drew the conclusion that male characteristics were clearly the more desirable – oops!

That aside, the next facet that’s ensuring the boom in AI is the cloud. We now have the ability to scale out the required infrastructure – at speed – to analyse these enormous amounts of data. That, coupled with the sheer increase in computing power, means that AI’s pace will only quicken. “We’ve taken four decades to put a PC on every desk and a smartphone in every pocket,” she said. “But the pace of AI deployment will be much faster and its impact more profound.” Strong words.

Clearly more than just a fad, this is supported by sobering statistics. 41% of business leaders do not believe their current business model will exist in five years thanks to AI; 51% of businesses do not have an AI strategy in place. Conversely, those companies embracing AI are finding they are already performing better on factors such as productivity and business outcomes. In keeping with recent themes, Microsoft also acknowledged the need for responsibility and using AI for good. 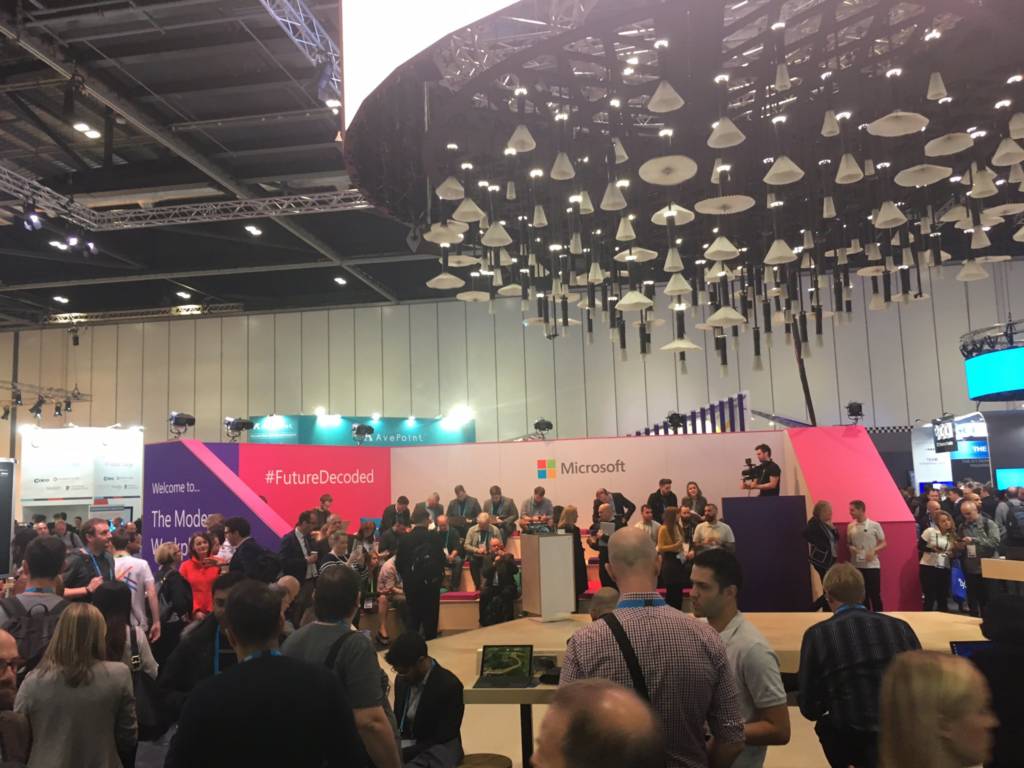 Back to the example of Amazon’s AI preferring male candidates over female counterparts, the other key theme at this years’ conference was that of diversity: both gender equality and equality for the disabled.

Some of the gender inequality simply comes from the pipeline of candidates. At A-level, only 34% of girls choose a science, technology or mathematical subject, and at university level this decreases to 14%. Across the sector, the problem is exacerbated by gender pay gaps and a failure to nurture the talent once onboard: twice as many women leave jobs in tech than men. At least we’re talking about it, but we clearly have a long way to go.

On to my highlight of this year’s Future Decoded, Jenny Lay-Flurrie – Microsoft’s chief accessibility officer – addressed the topic of accessibility. A show of hands revealed some 80% of the audience knew someone with a disability, yet building accessible software often remains an afterthought.

Lay-Flurrie highlighted that adapting already built solutions to be accessible is more expensive than building them outright, and (back to my previous theme), a diverse workforce made up of abled and disabled people produces great things.

Consider this: coupled with AI, PowerPoint can now transcribe presentations in real time, and translate where necessary; this innovation came from a deaf person and their requirement. Yet it now benefits us all.

Overall, it was a fascinating couple of days filled with plenty of things to be excited about. AI is coming on leaps and bounds – where we once thought of it as a figment of science fiction, we’re now in a world where AI really can play a role in our everyday lives. Of course, we still have some barriers to cross in terms of diversity and accessibility, but I’m confident that as we develop as humans, so too will AI – and that’s a world I, for one, look forward to seeing.